TEAM Ventures is an alternative investment firm based in Kathmandu, Nepal. Promoted by a dynamic group of businesspeople with experience across multiple sectors, our mode to success is built on a collaborative approach that harnesses the power of great teams to generate the best ideas and strategies.

To be a trusted partner of choice for our investors by consistently ... Read More

We abide by the culture of SMART investing S: Superior .... Read More

Foodmandu was founded in 2010 as a technology-based on-demand online food and beverage delivery company headquartered in Kathmandu, Nepal. Foodmandu offers a platform for ordering food, beverages, and groceries from a variety of restaurants and vendors via an online medium such as a website and mobile application. Restaurants and vendors are listed on the company’s websites and mobile applications, along with their menus. End users can browse the site and place orders, which are then delivered to their homes and offices by Foodmandu’s delivery personnel.

The company, which is in its 11th year of operation, is a pioneer in both food-tech and e-commerce in Nepal and is expected to have a positive social impact as it scales, as the company creates hundreds of jobs and expands its market reach for restaurants and vendors.

Foodmandu received a Series B round of funding in 2020 from TEAM Ventures to fuel the company’s expansion into upcoming cities with urban geographies, as well as to launch and expand a grocery delivery vertical – Foodmandu Fresh. The company has also begun operations in Pokhara, which is one of the many planned geographical expansions of the company. 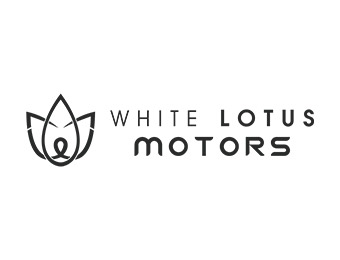 White Lotus Motors Pvt. Ltd was formed as a corporate entity to launch various electric vehicles in Nepal. Initially, it will serve as the distributor of PureEV brand in Nepal and the company is committed to drive the future of e-mobility and energy storage systems. The company is enthusiastic and interested in developing distributors and trading relations with a vivid number of brands at the national and international levels. In context to this, the company undertakes projects and relations that thoroughly benefit the country which is inclusive of the projects and business-like renewable energy sector, distributorship of electrical vehicles, construction business, and many more that directly or indirectly contributes to the national development.

PURENERGY acronym stands for Power Using Renewable Energy and true to its name ever since its genesis at IIT Hyderabad, the company has focused on enabling the transition to sustainable energy sources. Energy storage technology has been a key area of expertise for the company. Likewise, PureEv Nepal is one of the productive outcomes where we work on the import, export, and distribution of electrical automobiles and their parts throughout the country. Our influential leaders have put forth an extraordinary effort in developing a vision of the distribution of electric vehicles across Nepal and we are pushing to live up to that thought by working with an Indian electrical automobile brand “PureEv”. As of now, we import, export, and distribute electrical scooters, electrical bicycles, and electrical batteries, prompting Nepal to use renewable and sustainable energy. 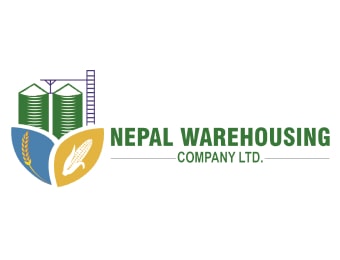 Nepal Warehousing Company Ltd is one of the largest private undertakings in the agriculture sector of Nepal which has been established with the objective to address gaps in the agri-business value chain. In addition to modern storage, NWCL provides facilities to store, clean, dry, and transport commodity grains with an objective to improve the quality of grains and linkage to the market so that farmers can realize better value for their produce.

Established to transform Nepal’s agriculture markets to achieve inclusive recovery and growth by providing end-to-end solutions for grain storage, auction management, and commodity trading services; the company also envisages the facilitation of financial services like insurance and inventory credit in addition to the operation of an auction house and ultimately a connection to the commodity exchange. 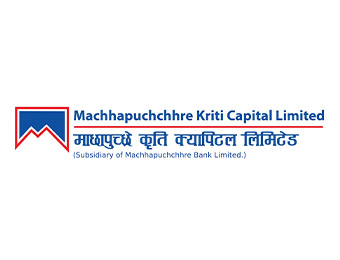 Machhapuchchhre Capital Ltd (MCL) was established in 2011 as one of the pioneer investment banking and investment management service providers of Nepal. MCL works with the motto of “Creating Growth Opportunities”. Upholding its motto, MCL has the vision and mission “To be a leading Investment Banking & Investment Management institution providing innovative, sustainable and value-adding financial services to create growth opportunities for individuals and organizations; to promote entrepreneurial initiatives and thus elevating investment ecosystem.”

MCL has been authorized as a public limited company and also has been licensed by the Securities Exchange Board of Nepal (SEBON) to work as a Merchant Banker.

With a well-blended team composed of well-versed professionals and top-notch managers, MCL caters a range of investment management and investment banking services such as Portfolio Management Services (PMS), Corporate Financial Advisory, Venture Promotion Services, and DP/Demat Services to both individual and institutional investors seeking unbeatable returns against their investments.

The stakeholders of DSFP are internationally trained and experienced engineers, economists, and business people who have participated in the development and O&M of small, medium, and large hydro and solar PV projects in Nepal, South and Southeast Asia, and Central and Latin America in various capacities. The stakeholders believe in clean ethical business and follow international best practices in renewable energy, energy efficiency, environmental and social safeguards, and governance.

TEAM Ventures believe in the development of technically efficient, financially viable, and socially acceptable projects with minimum environmental impacts. Focus on Health, Safety Environment is imperative in all developments, and international best methods are practiced by all project stakeholders. 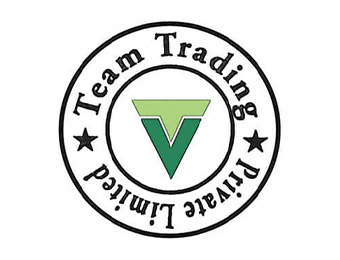 TEAM Trading is a private limited company established as per the Companies Act 2063 and domiciled in Nepal. The entity is a wholly-owned subsidiary company of TEAM Ventures and being the holding company, TEAM Ventures has an absolute controlling interest in the entity.

The company is governed by a board of advisors and overseen by the board and management of TEAM Ventures. 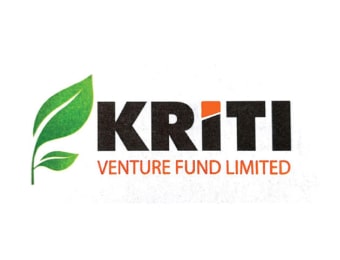 Kriti Venture Fund Limited (KVFL) is an investment fund promoted to build institutional capital with an interest to build/promote companies in the productive sectors of the Nepalese economy. It has been established as an institutional investment vehicle built to leverage the opportunity in the country and capitalize on its economic growth through a collective investment model collaborating with institutions that can take a strategic stake and has the capacity to assist in the growth of the investee company. KVFL focuses on scouting deals in energy/infra, manufacturing, health, education, tourism, and agriculture sectors where the investee companies will mostly be a public company, having a mandate to offer shares to the public through Initial Public Offerings (IPO) or Secondary Offerings.

TEAM Ventures Pvt. Ltd. is a major institutional shareholder of Kriti Venture Fund and the company is dedicated to maximizing the value for unit-holders by taking strategic long-term investment decisions in investee companies, while also assuring the timely exit from those investments. The Fund foresight into building well-managed institutions as such institutions universally demand better valuation in the stock market.

Upper Syange Hydropower is a 2.4 MW RoR type hydropower project which lies at Taghrin VDC of Lamjung District in Nepal. The hydropower is sourced from Syange Khola, which originates from Sundar Dada with the highest elevation of about 4,330-m amsl and flows from West to East before its confluence with Marshyangdi River.

Upper Sangye Hydropower Project is currently under wet testing negotiation with NEA and is in the final phase for its IPO Planning.

Upper Syange Hydropower Limited – Project A of Kriti Venture Fund Ltd. is developing Dobhan Khola Hydropower Project which is an RoR type project located in Dharche Gou palika, ward no.1 Province no. 4, Nepal. Dobhan Khola is one of the tributaries of Budi Gandaki River which joins the Budhi Gandaki river at the Dobhan village about 4.5 Km downstream of the purposed intake site of the project.

The Project Company has obtained the survey license for the construction of the project and a team of engineers, hydrologists and geologists conducted a field visit to conduct the feasibility study. 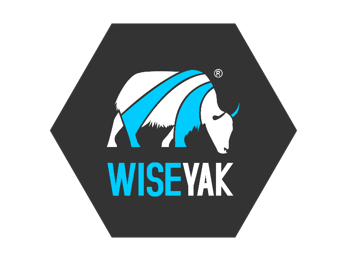 Wiseyak was co-founded by Dr. Suresh Manandhar, who currently serves as the CEO as well as the Chief Scientist and brings 35 years of global experience in Machine Learning/Artificial Intelligence, specializing in Natural Language Processing and Medical Image Processing. Dr. Manandhar was formerly the head of the Artificial Intelligence Research Group at the University of York, United Kingdom.

Globally, AI technology is projected to make a massive impact in the healthcare industry throughout the value chain. AI in the healthcare market was valued at $8.23 billion in 2020 and is estimated to reach $194.14 billion by 2030, growing at a CAGR of 38.1% from 2021 to 2030 according to Allied Market Research. The provided growth rate is notably faster than projected rates for other industries, including manufacturing, financial services, media, and entertainment. With an increase in global patient volume, shrinking operational workforce, as well as technological advancement, the health care intelligence market is at the forefront of a great expansion. 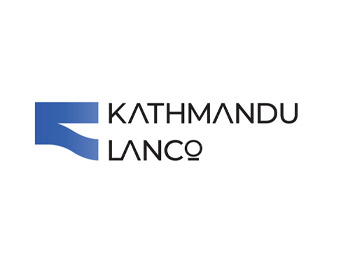 Kathmandu Lanco Pvt. Ltd is a registered real estate company in Nepal with objective to develop affordable and low cost real estate project such as housing, apartment, and commercial buildings etc. The company is presently in its course to develop a housing project at Bainsepati, Lalitpur.